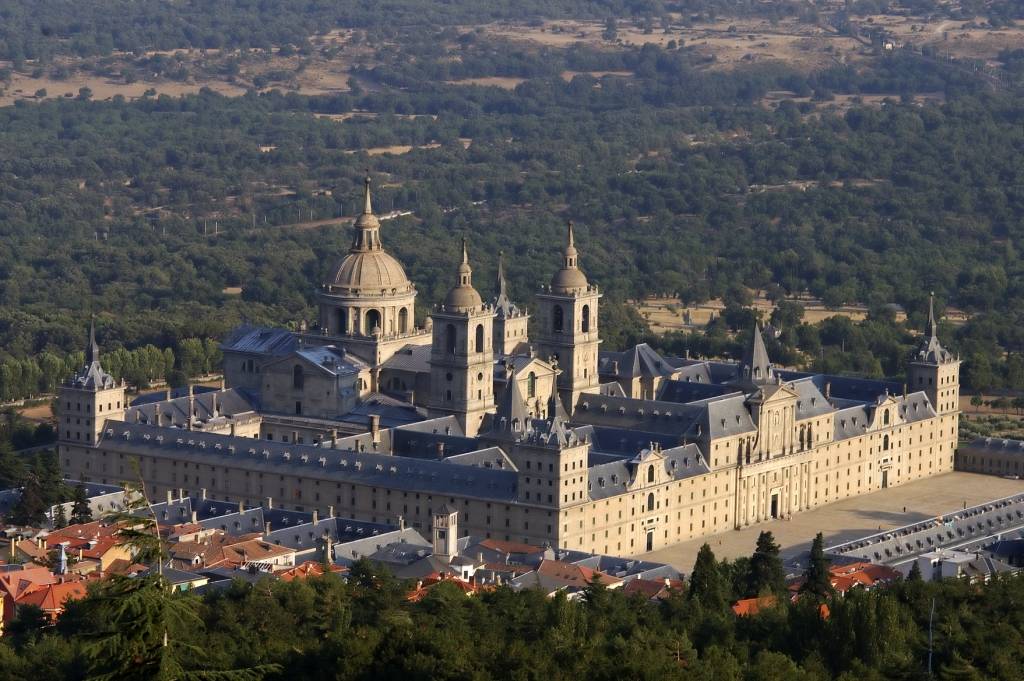 VISIT TO THE MONASTERY OF SAN LORENZO DE EL ESCORIAL

El Escorial Monastery was built by King Felipe II, who conceived it as a royal pantheon and in order that the monks continuously pray for the salvation of real people. Work began in 1563, by Juan Bautista de Toledo and were finished in 1584 under the direction of Juan de Herrera. The monastery commemorates the victory of the Battle of San Quentin, the day of San Lorenzo. Built with granite, they stand in it a great symmetry and balance as well as austerity in decoration.

VISIT TO THE VALLEY OF THE FALLEN

This monumental complex was built in the following years of civil war, according to project of Pedro Muguruza and Diego Méndez. The granite cross is the most visible monument. On the rock is excavated the Basilica, burial place of 33 847 people died in the civil war. There is also located the tomb of General Franco, Head of State between 1939 and 1975.

WALKING AND MOUNTAIN BIKE ACTIVITIES IN THE AREA

With two concert halls, the symphony hall with 1300 seats and the chamber hall for 300 people, the theater auditorium of San Lorenzo de El Escorial is one of the most sophisticated theaters in Spain, from the technological and architectural point of view.
Operas, operettas, concerts and ballet are offered at festivals throughout the year.

The Royal University Center was founded by Queen Maria Cristina in 1892 and has been run by the Augustinian monks from its origin. It is a center associated to the Complutense University of Madrid and in their classrooms summer courses of international standing are held.

FISHING AND SAILING IN VALMAYOR

The Valmayor reservoir is considered one of the most important of the Community of Madrid for their ability to embalming. Activities such as fishing, sailing, canoeing and windsurfing can be made in their waters.

The Royal Coliseum Carlos III is the oldest of all indoor theaters preserved in Spain and also the only, court theater, which still remains in use.
It offers theater performances, chamber concerts and ballet.

The golf course, with a length of 6122 meters and 18 holes, is located in a unique location at the foot of Mount Abantos and next to the monastery of San Lorenzo de El Escorial.

Located 29 km from San Lorenzo de El Escorial, the ski resort of Puerto de Navacerrada is one of the pioneering ski stations in Spain. Along with Valdesquí it has a total of 33 km of slopes and 24 lifts.

Located in the reservoir of "Cerro Alarcon" in Valdemorillo, just 22 Km to San Lorenzo de El Escorial, surrounded by hills and holm oak forests, the Water Ski Club of Madrid, with more than 20 years of experience, offers you the best conditions to slalom, wakeboard, tricks or jumps.

Terms of reservation:
Our hotel is not suitable for handicapped people since it has no elevator.
Non smoking rooms.
Check in of travelers: 14:00 - 23.00
Reception: 8:30 - 23:00
Room use: From 14:00 arrival day until 12:00 departure day
Cancellation policy:
The reservation will be effective once guaranteed or paid the corresponding amount.
The cancellation in a period equal or superior to 7 days, before the date of arrival, will not suppose any charge. Cancellation within a period of less than 7 days will imply a charge of 50% of the amount guaranteed or paid. The cancellation or no presentation on the day of arrival, will mean a charge of 100% of the amount guaranteed or paid.
Policy on Children:
Children free up to 2 years. Cot available for 5 €/day.
Policy on animals:
Pets are not allowed.